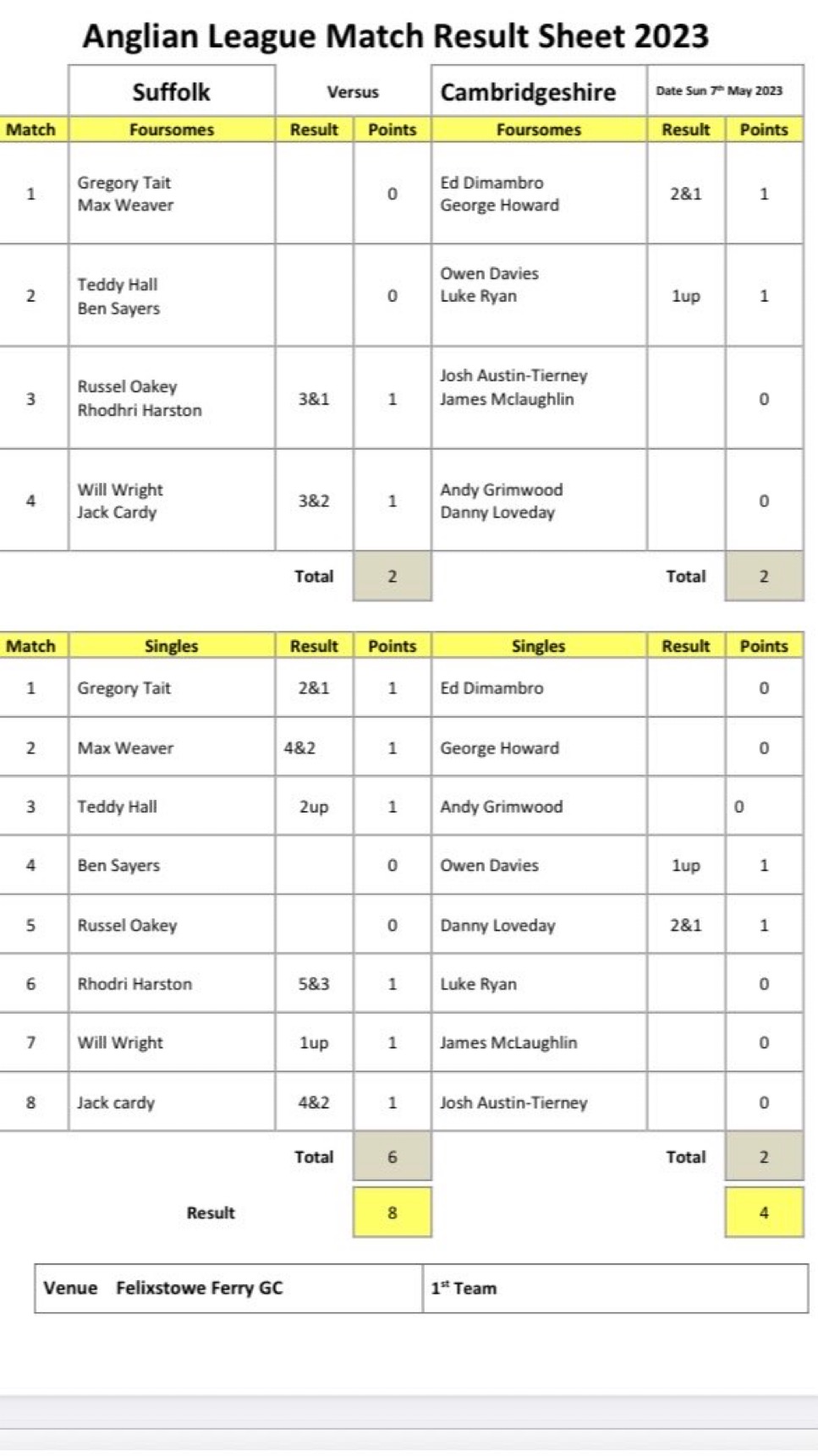 Suffolk Seniors began their East Anglian Seniors League campaign with a match against Norfolk Seniors at Sheringham on Thursday 20th May.

After the morning Foursomes the teams were level at 2.5 points each- Suffolk's winners being James O'Doherty and John Newsome and Simon Bearman and Stephen Duffety. Steve Crosby and Steve Mann halving their game.

In the afternoon singles Suffolk's only winners were Stephen Duffety and Steve Crosby. whilst Paul Buckle and Stephen Whymark halved their games leaving Norfolk the winners by 9.5 points to 5.5.