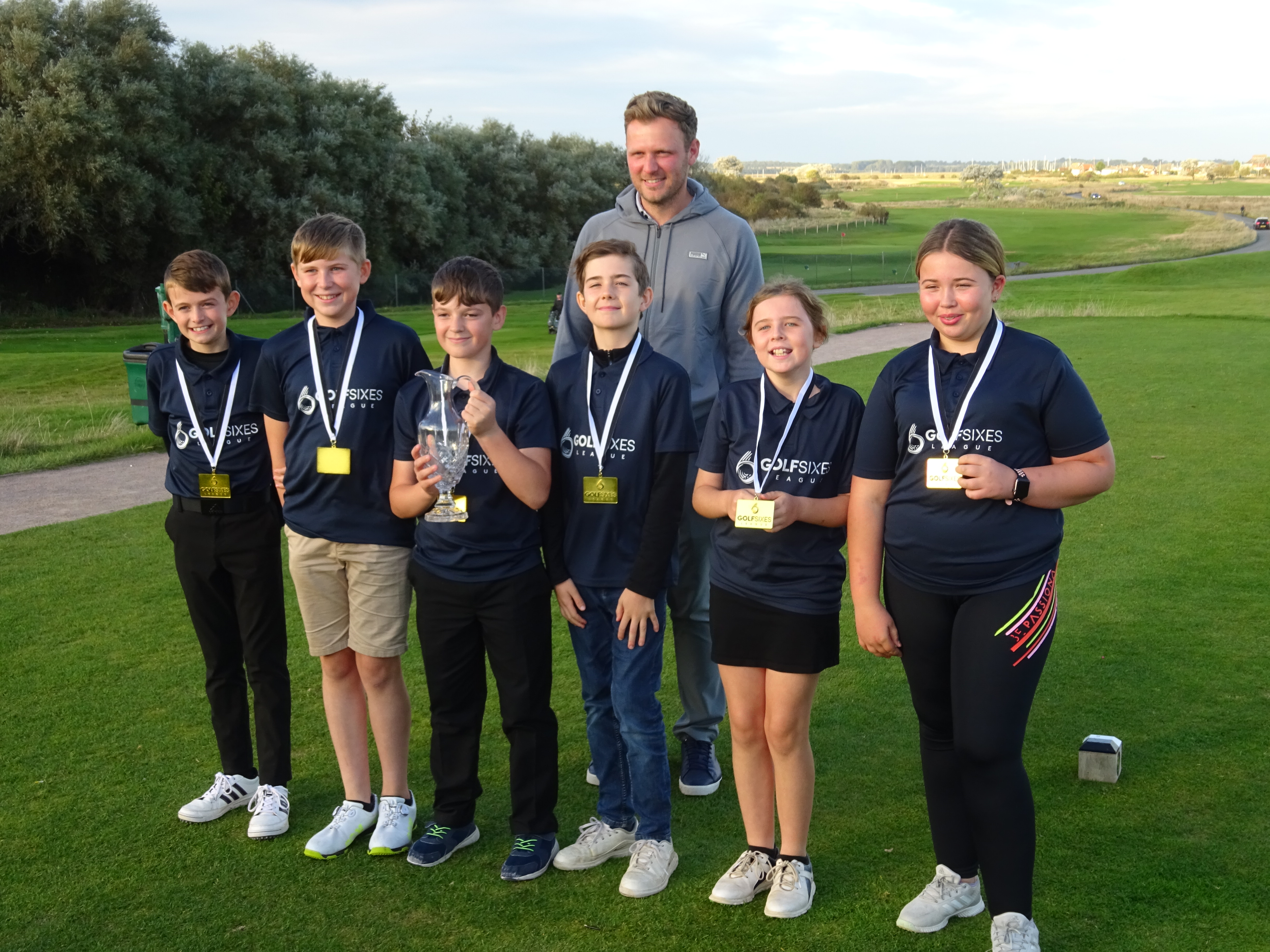 The final of the Suffolk Junior GolfSixes has been held on the Kingsfleet Course at Felixstowe Ferry Golf Club. It was contested between Bungay and Waveney Valley, Bury St Edmunds, Felixstowe Ferry and Seckford golf clubs, each of which had qualified through the North, West and East leagues respectively. Twelve Suffolk clubs participated in the regional leagues and it is hoped that more clubs will be involved next year.

Each club is represented by six juniors who do not yet have a handicap who play a Texas Scramble in pairs on six holes of no more than 150 yards, scoring 8 points for holing out in 3 shots, 7 points for 4 shots, 6 points for 5 shots and so on.

The event was closely contested and team scores were: - Bury St Edmunds 138: Seckford 132: Bungay & Waveney Valley 131 and Felixstowe Ferry 127. This meant that every pair scored in excess of 40 points, an average of holing out with no more than 4 shots on each hole. The players enjoyed sandwiches and chips in the clubhouse before the presentation.

Bury St Edmunds received the Roger Wright Trophy which has been donated by former members of Waldringfield Golf Club. The trophy was presented by one of those former members, Graham Reid, and the winners and runners up were presented with medals by Sam Forgan, PGA Professional at Felixstowe Ferry who competed in The Open Championship at Royal St Georges earlier this year.

The competition is organised by the Golf Foundation and is supported by the Suffolk Golf Union. Teams are provided with shirts, clubs receive a small fee for hosting matches and club professionals can apply for funding to coach the players. It has proved over the last four years to be the beginning of the pathway into county golf for both boys and girls and many of those competing in the final will undoubtedly be involved with the county coaching programmes in due course.